BMW i5 M60 …!!! Hello and don’t be tired, to the listeners and fans of car news, it is also of the latest type!! Have a nice and happy July day; We hope that every one of you will feel good about this news!! Today, we are at your service with a news about the BMW i5 M60, which will probably be the most powerful 5 series in history… so don’t move and stay with us until the end of this news!!!

Next year, BMW will unveil the next generation of the popular 5 Series sedan and its electric sibling called the i5. This electric car, like other BMW products, will be launched in various versions, one of which will be the i5 M60. Although BMW has not yet officially confirmed the manufacturing information of this car, we consider it possible to use the iX M60 engine as the engine of the i5 M60. Probably, to maintain the classification of its cars, BMW has reduced the power of this engine from 610 horsepower to about 590 horsepower to make the i5.

Fortunately, the i5 offers a more attractive driving experience thanks to its lighter weight than the iX. BMW iX, of course, BMW will also unveil a basic version of this electric sedan named “i5 eDrive40”, which, like the other electric sedan of this company, i4 eDrive40, will benefit from an electric motor in the rear axle, which will eventually produce 335 horsepower. produces. BMW has yet to say anything about the i5’s battery. The Bavarians might go for the i4 battery, which shares a chassis with the i5, or use the iX battery to make it a higher-end car! As a rule, the customers of this brand will want to use a bigger battery; Because it will mean more ability of this car to travel long distances. 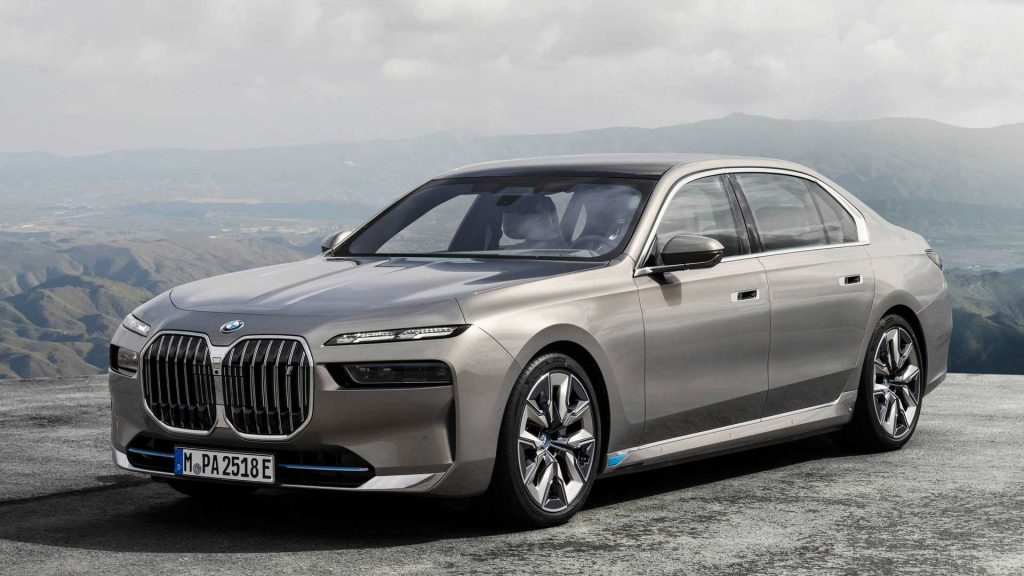 The arrival of i5 in the market will start a new era for BMW; An era in which this automaker will use its new “CLAR” architecture and electrify all its cars. BMW previously stated that the 5 Series is one of the best-selling products of the company and its buyers value it highly. Filling the gap between the i4 and i7 sedans, this popular sedan creates a gap that will be the ultimate goal of many BMW lovers. The i7 luxury sedan is true that for BMW all its new cars are valuable, but the 5 series will be more important and special due to its higher popularity.

BMW designers had previously announced that due to the sensitivity of the position of this sedan, they did not make radical and sudden changes in its design like Series 7 and Series 4. Of course, with the arrival of the M Performance electric version of this sedan, you can have a good view of the future of powerful BMW cars. Do you think i5 will become a suitable replacement for one of the most beautiful and powerful sedans in the world?! Can BMW be as famous in the electric car market as the internal combustion cars?

Thank you, dear ones, for reading this news about the BMW i5 M60 until the end. You were our companion and supporter as much as possible. This is about the BMW i5 M60, probably the most powerful 5 series in history, which I hope you enjoyed reading… to know and be informed about the news of the day; Follow us daily and continuously… your heart is happy and your lips are smiling…

Thank you for being with the Rentauto car rental company until the end of the article “ BMW i5 M60 ” ; Wait for an article more scary than us (:

Thanks for your blog, nice to read. Do not stop.