Car import conditions … !!! Hello and greetings to all of you, good companions and supporters of car news; We hope that in October your heart will be well and you will be healthy; We are with you with another series of daily news about the conditions of car imports after the normalization of the country’s currency conditions; Without further ado, let’s get to the point:

While the liberalization of car import conditions is only one step away from implementation, Seyed Reza Fatemi Amin, Minister of Industry, Mines and Trade, believes that imports are wrong in the current currency situation and it is better not to do so at least until the end of this year. This is in the context that some members of the Industries and Mines Commission have already stated that the plan to liberalize car imports has been formulated and approved with the favorable opinion of the government and the Ministry of Silence.

Controversy over the re-import of quality foreign cars into the country has entered a new phase, and the opinion of some members of parliament is apparently something contrary to the opinion of Minister Samat. The return of the parliament’s plan to the Guardian Council will be the only negative effect on the market and the abnormal rise in car prices in the market if it is finally finalized but the Minister of Industry is not satisfied with its implementation. Before taking any action, it is best to think a little more about the nature of each decision that is to be made. 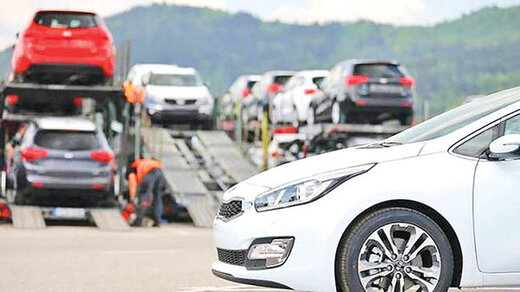 According to experts and members of the Islamic Consultative Assembly, the decision to import cars has a good chance of being approved, given that the Guardian Council did not take fundamental objections (such as contradicting the general policies of the system, especially the resistance economy). However, Minister Samat considers it wrong to resume car imports, even though some members of parliament say that the plan to liberalize car imports was approved by the Ministry of Silence.

Minister Samat recently stated: “Under normal circumstances, when the country’s trade and currency balance is balanced, the import of foreign cars can be useful and create a kind of competitive atmosphere, but now and at least until the end of this year and as long as there is a balance in Reaching foreign balance, import is wrong. According to Fatemi Amin, car imports in this situation involve a large amount of foreign exchange resources and the price of foreign exchange will increase, and with the inflation created in this area, the whole society will suffer.

“We are looking for a currency balance, and after that, car imports can be done,” he said, noting that the Ministry of Silence has special plans for exports. Minister Samat’s remarks come at a time when, according to some members of the Industries and Mines Committee of the Islamic Consultative Assembly, he has attended specialized meetings on the car import plan and has not expressed any opposition.

According to them, the conditions for importing cars were formulated according to the opinion of the Ministry of Silence, and it was not the case that the government and this ministry disagreed and the plan was approved by the Industries Commission. However, the Ministry of Silence does not seem to have a clear position on the issue of car imports and does not categorically agree or disagree. The situation of domestic production, which is not very good, and car manufacturers are not able to jump production due to issues such as lack of parts and weak liquidity, and a large number of defective products are left on their hands.

Thank you dear ones for the end of this news related to car import conditions; You have been with us and supported us as much as possible with patience. This is one of the conditions of car import after the normalization of the currency conditions of the country, which I hope you have enjoyed reading… to be informed and informed of the news of the day of the car; Follow us daily and continuously… Now your heart is happy and your lips are smiling…