Cheap electric cars ‌ ‌… !!! Hello, listeners and fans of car news, it is also updated !! On this day in May, good morning and rejoice in Washington; We hope that Del Taktecton’s heart is good and excellent from this news !! Today, we are at your service with a news from General Motors with cheap electric cars the price will overtake Tesla Do not hesitate after Jatun and stay with us until the end of this news !!!

“We are going through all the steps to do that,” he said. We have said that by the middle of this decade we will sell more electric cars than any other company, including Tesla, in the United States. One of the company’s ways to get past Tesla is to make cheaper electric vehicles.

“We’re not just selling luxury and high-end cars, we’re going to have cheap electric cars for $ 30,000,” Barra said. GM’s cheapest electric car right now is the Chevrolet Bolt with a base price of $ 31,500. For comparison, the price of the Model 3, Tesla’s cheapest product, starts at $ 47,000, and the company is constantly increasing the price of its products.

Among the new electric vehicles that GM will soon launch, the Chevrolet Silverado EV will be the cheapest with a price of $ 40,000, while the Cadillac Lyric and James Hummer with a base price of $ 58,795 and $ 80,000, respectively, will be in the luxury segment. they take. In the future, however, thanks to a partnership with Honda, General Motors’ electric vehicles will become cheaper. One of these cars is the compact crossover that will be launched in 2027. 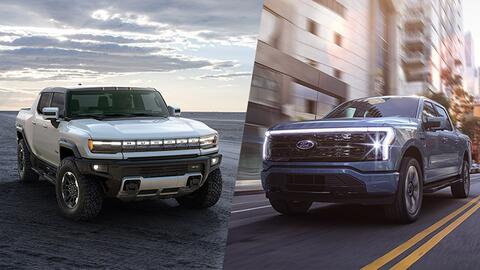 Until then, of course, Tesla will likely launch its $ 25,000 model. Last year, Tesla topped the global low-cost electric vehicle market with a nearly 14 percent share, while GM was fourth with a 7.6 percent share. However, Bara is confident that GM will reduce the gap and overtake Tesla, as more and more buyers of GM products are gradually replacing their internal combustion vehicles with electric ones. According to him, the current owners of Chevrolet and GMC pickups will buy electric pickups in the coming years.

Thank you very much, dear ones, until the end of this news about cheap electric cars; You have been with us and supported us as much as possible with patience. This is ahead of General Motors in cheap electric cars the price of Tesla which I hope you enjoyed reading… to stay up to date with the latest car news; Follow us daily and continuously… Now your heart is happy and your lips are smiling…

Thank you for being with the Rentauto car rental company until the end of the article “ Car Neja S. ” ; Wait for an article more scary than us (:

To know McLaren F1 GT ; Click on the link