Crossover Amoji Van was introduced as a new face, a familiar heart

Crossover Amoji Van … !!! Greetings and greetings to all of you dear ones and companions of car news and related issues Happy summer day; We hope you are well and in good health… Many people are looking for crossover ‌ Amoji Van, new face, familiar heart was introduced… !!! Today we are at your service with a new news so that you can use it in your daily life. …

Amoji has officially unveiled its new compact crossover called the One (One) at a media event in China. This car is produced in two different versions called beta (green sample in pictures) and alpha (orange sample). The overall design of these two versions is the same and the main difference between them is in the front. The beta version has a window sill with horizontal lines, while the delta version has a triangular pattern inside. The design of the bumpers and rings is also different in these two versions.

At the rear, the main difference is in the exhaust heads, which are dual in chrome beta and dual in black alpha. Of course, these exhaust heads are completely decorative and the real exhaust heads are hidden behind them. The strange thing is that there is no alpha or beta sign anywhere on the car body and only the ONE text can be seen. There may be such signs inside the cars, but we can not comment on it at this time because the wave has not yet shown the interior of the tub and this will happen in the next media event.

Amoji One is built on the new platform of Syke company called Sigma, which can be equipped with gasoline, hybrid and electric propulsion. However, the van will initially be offered with the same old 1.5-liter turbocharged petrol engine under the hood of many of the Syke Group’s products. This engine has 178 horsepower and can reach a speed of 190 km / h. 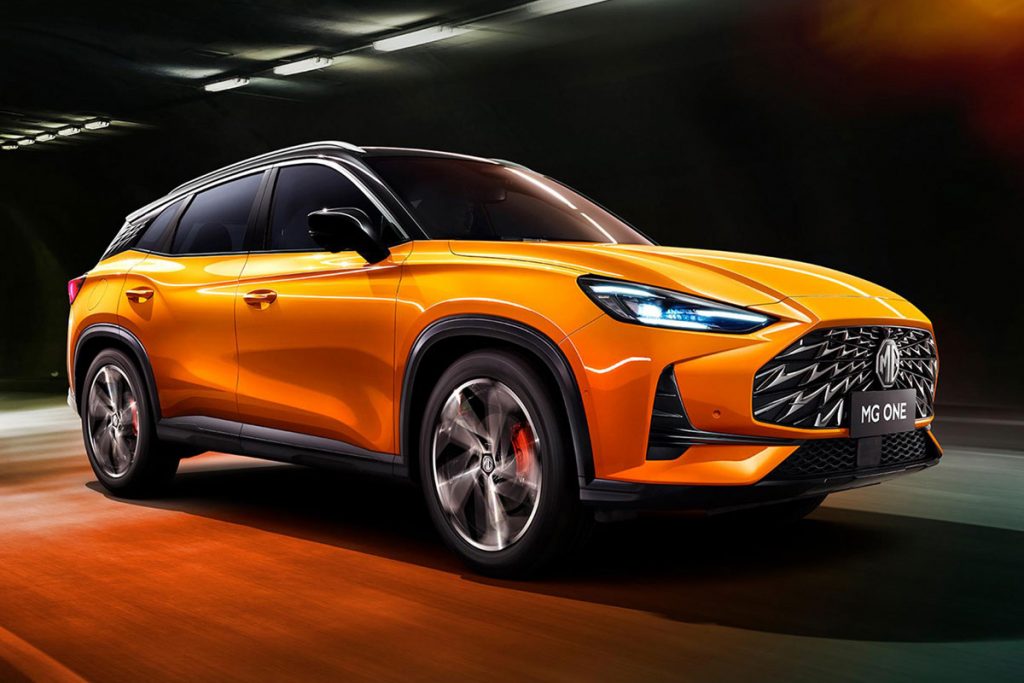 The tub may be a replacement for the HS crossover, but Amji has not officially confirmed this, so it is likely that HS sales will continue alongside the tub for some time. The van is a sports car that, according to Amoji, is based on the third generation of the company’s family design language. This design language is characterized by more aggressive and effective lines than other current waveform crossovers.

Another appearance of this car is the two-tone design of the body, which creates an attractive appearance, but the cheaper versions will be monochrome. The new Wave crossover is 4,579 mm long, 1,866 mm wide and 1,601 mm high and has a wheelbase of 2,670 mm. According to Amoji, the van will be launched globally and will be sold in markets such as the UK and various EU countries. The company also plans to produce a new crossover in India. Bathtub sales in China, however, will begin early in the third quarter of this year

Thank you for reading Amoji Crossover in hot weather with all your patience; You accompanied us and you were with us until the end of this news. To be informed about the latest news of the automotive industry and related margins; Always follow us constantly… We hope that in these cold days your heart will be happy and your lips will be smiling…. In the shelter of the right !!!

Thank you for being with the Rentauto car rental company until the end of the article “Crossover Amoji Van”; Wait for an article more scary than us (:

To know Kia Sol Electric ; Click on the link

Crossover Amoji Van was introduced as a new face, a familiar heart