Geely SX11 … !!! Greetings to each and every one of you, car news companions, instantly and up to date… !!! We hope you are well !!! We suggest you do not move because you have new news on this cool spring day; So by the end of this news you heard the introduction of the Geely SX11; Small Chinese crossover which is interesting news باشید Join us…

Geely has a small and economical crossover in its sales catalog, which is a record in terms of naming, because this car is known as the SX11, Binyue, Cool Ray, as well as the Proton X50 (in the Malaysian market). SX 11 has been on the production line since 2018 and is offered in different trims. As you can see, this car is very similar to other Geely products, especially in the nose section, and does not offer new details.

It is a Chinese automaker that initially built refrigerators, but turned to motorcycles in the mid-1990s, then continued to produce vans until, in 2002, it officially joined the ranks of passenger car manufacturers. Geely is owned by Geely Holding Group. The holding acquired Swedish company Volvo Cars from Ford in 2010, and in 2013 acquired a British taxi company.

In 2017, the ownership of Lotus also came under the control of Geely, Geely also announced its intention to buy a 49.9% stake in Proton Holding! Geely Holding’s other asset is 9.7% owned by Daimler-Benz. Geely Holding now sells its passenger cars under the Geely, Lotus, Link Endco, Proton and Volvo brands, as well as its commercial vehicles under the London EV and Yuancheng brands.

In terms of dimensions, it is 4330 mm in length, 1800 mm in width and 1609 mm in height. The distance between its axes is 2600 mm. The net weight of the car has been calculated according to the trim of 1290, 1340 and 1355 kg. Aluminum rims are available in standard 17 and 18 inch modes. The use of sporty elements such as spoilers and dark-coated mirror frames with a carbon fiber design, as well as a diffuser with twin chrome exhaust, attracts attention in more expensive trims. 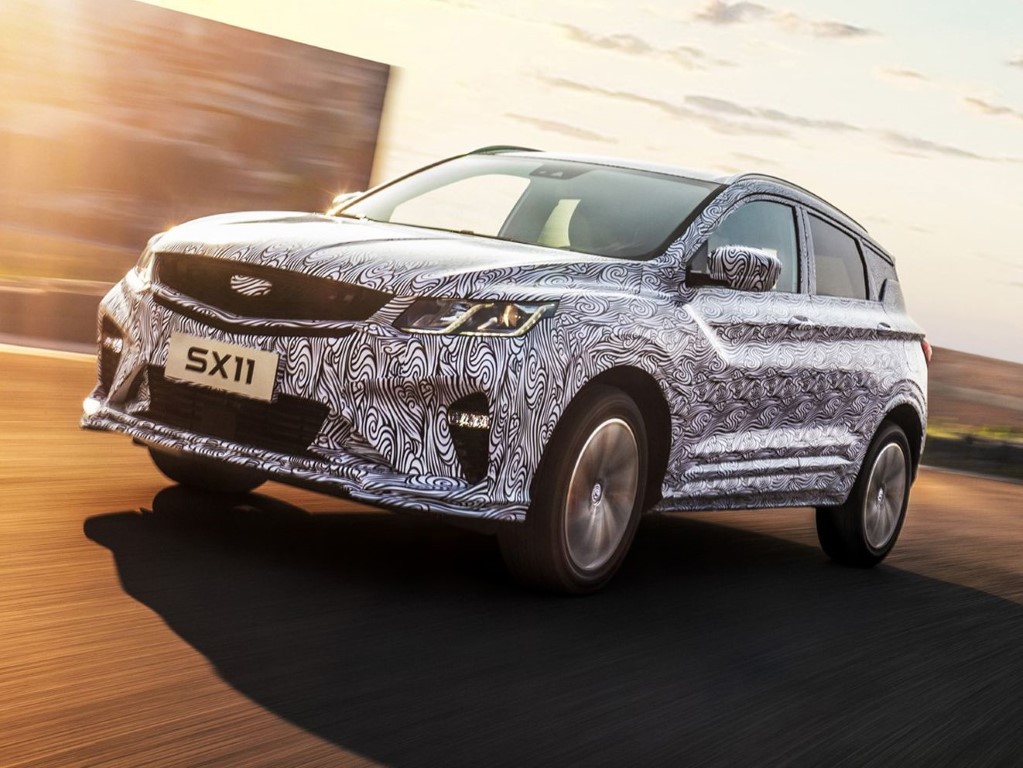 In the powertrain of the Geely SX11, there are various choices for customers, including a 1.5-liter turbocharged 4-cylinder model with 177 horsepower and 255 Nm of torque, a 1-liter 3-cylinder turbo model with 136 horsepower and 205 Nm of torque, and The plug-in hybrid model is 258 hp with 415 Nm of torque. In the hybrid model, a 1.5-liter turbocharged 4-cylinder engine is used in conjunction with an electric motor equipped with a 11.3 kWh battery. According to the available information, the hybrid model is capable of traveling 62 km in pure electric mode. In the gearbox section, a 7-speed DC model and a 6-speed manual model are used, both of which are connected to the front axle. The braking system on all wheels is disc.

Thank you dear ones for the end of this news related to the introduction of Geely SX11; You have been with us and supported us as much as possible with patience. This is the condition of the car that I hope you enjoyed reading… to be informed and informed of the car news of the day; Follow us daily and continuously… Now your heart is happy and your lips are smiling…