Haval new crossover … !!! Hello and greetings to all of you, good companions and supporters of car news; We hope that in October your heart will be well and you will be healthy; We are with you with another series of daily news about the introduction of H6S, Haval’s new crossover; Without further ado, let’s get to the point:

On the 27th anniversary of its founding on August 27, Haval unveiled its new crossover coupe, the H6S. This is the first coupe crossover based on the new Lemon Great Wall platform. This platform has many advantages, one of the most important of which is compatibility with a variety of hybrid engines. Although the name of this new crossover is taken from the H6 model, but the design of these two cars are completely different and have nothing in common in the overall structure.

It has a bold design with a smaller windshield at the front, giving it a new look than previous Haval products. According to a company official, the design of this car is inspired by a shark, which makes its style look more aggressive.

The black rims along with the plastic covers on the fenders and the sloping roof make the H6S look like the side of a sports car. At the rear of the car, we also see a new design that features an exciting spoiler, narrow headlights and diffuser with two horizontal quadrangular exhaust heads on either side. 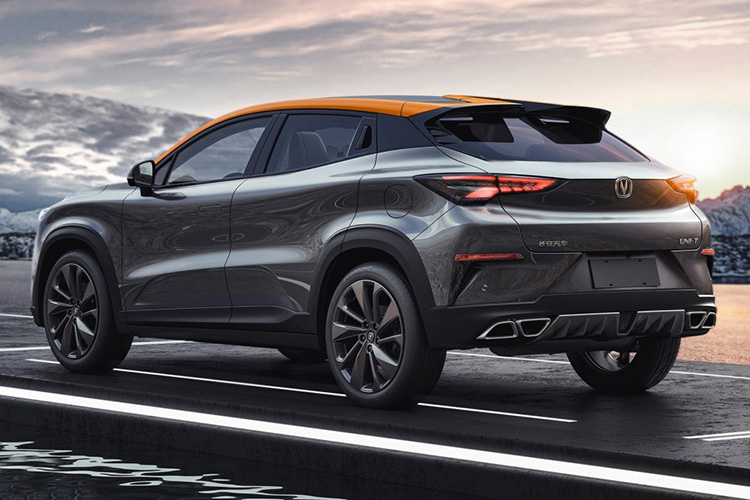 There are also sports seats upholstered in Alcantara. The Haval H6S will be available with two different powertrains, one petrol and the other hybrid. The petrol version is powered by a 2-liter turbocharged engine with 218 horsepower and 340 Nm of torque, while the hybrid version uses a 1.5-liter four-cylinder engine with two electric motors.

There are also sports seats upholstered in Alcantara. The Haval H6S will be available with two different powertrains, one petrol and the other hybrid. The petrol version is powered by a 2-liter turbocharged engine with 218 horsepower and 340 Nm of torque, while the hybrid version uses a 1.5-liter four-cylinder engine with two electric motors.The total output of this system is 245 horsepower and 540 Nm of torque. The H6S also features a Borgwarner all-wheel drive system with six different driving modes, including standard, sport, economy, snow, mud and sand. Engine transmission is also provided by the second generation of the Great Wall seven-speed dual-clutch gearbox.

Thank you dear ones for the end of this news about Haval’s new crossover; You have been with us and supported us as much as possible with patience. This is the introduction of the H6S, Crossover Haval, which I hope you enjoy reading… to stay up to date with the latest car news; Follow us daily and continuously… Now your heart is happy and your lips are smiling…

Thank you for being with the Rentauto car rental company until the end of the article “ New Haval Crossover ”; Wait for an article more scary than us (:

To know Supply of new cars; Click on the link