Hingran car … !!! Greetings to all of you, good companions and supporters of car news; We hope that in June, your heart is fine and you are healthy; We are with you with another series of daily news about Hengran HRS1, the Chinese and electric counterpart of Suzuki Jimny; Without further ado, let’s get to the point:

Suzuki Jimny has always been popular in China, especially among middle-aged women; But since the Jimny is imported to China, it has a relatively high price that limits its sales, and this is exactly where the Chinese creative carmakers come in! One of these automakers is a start-up company called Hengrun, which has introduced a car called the HRS1.

This is a small, electric and city car that looks interesting and beautiful, but is very similar to the second generation Suzuki Jimny. The HRS1 can play the role of an electric jumper in China, even though, given the very slow pace of Suzuki development of electrical products, it does not look like we will see a real electric jumper in the next decade.

Previously, the second generation of this Japanese car was copied by the Chinese, but this was done by the manufacturers of low-speed electric vehicles, while the Hangar HRS1 is a full-fledged electric vehicle that can travel on highways. Of course, the Hungarians did not completely copy the Jimny and designed a new front and rear for the car, but nevertheless, the overall design of the HRS1 is very similar to the Suzuki product.

Hungran Automobile Company was established in 2014 and has an annual production capacity of 100,000 electric vehicles. The HRS1 is currently the company’s first and only product, but the Hungarians are also building a crossover, a sedan and an MPV. It has two seats at the front and a small bench at the back, so it can carry two adults and two children. The car is 3,560 mm long, 1,610 mm wide and 1,705 mm high and has a wheelbase of 2,250 mm. 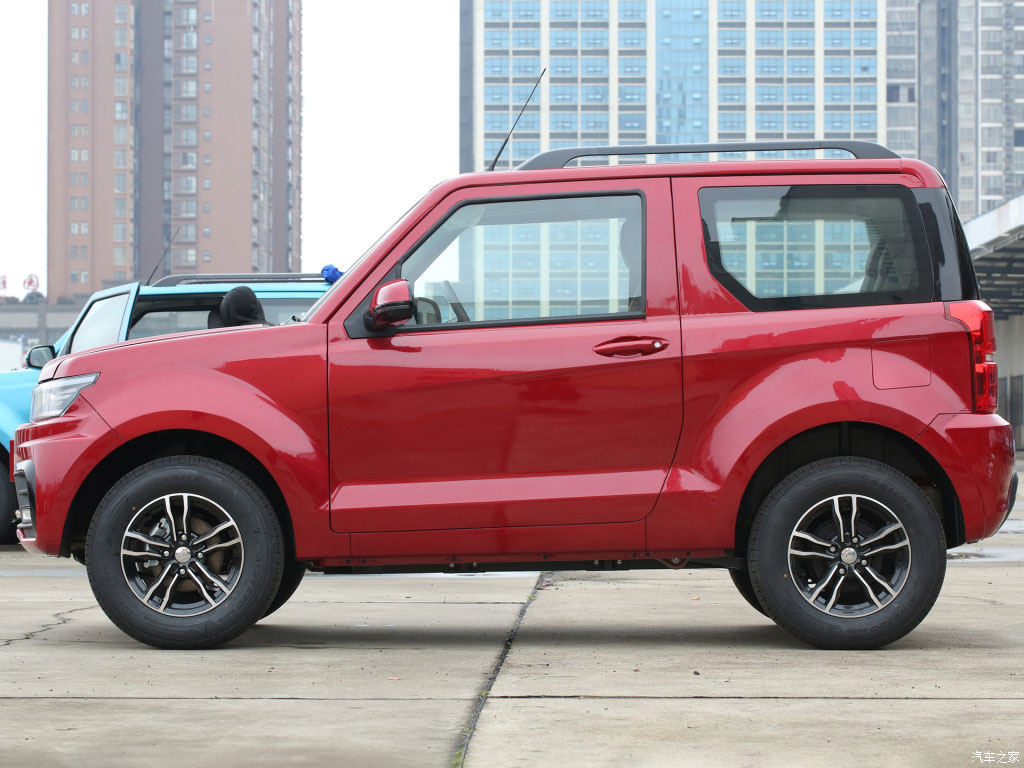 For comparison, the wheelbase, width and height of the second generation Jimny are exactly the same as this Chinese copy, but with a length of 3,675 mm, it is slightly longer. Inside the HRS1, however, it bears little resemblance to the Jimny, as the Hungarians equip it with an all-digital amp panel and a large infotainment display. Rear view camera and USB port are other equipment of this car.

It is equipped with an electric motor with 44 horsepower and 140 Nm of torque, which is powered by a 28 kWh battery. Engine power is transmitted to the front wheels, bringing the car to a top speed of 102 km / h. This car can travel up to 305 km with each charge, and it takes 9 hours to charge its batteries with 220V chargers and only 40 minutes with 360V fast chargers.

The big question about this car, however, can be the price, to which the answer is the word cheap! The base HRS1 starts at just 49,800 yuan ($ 7,800) and eventually rises to 79,800 yuan ($ 12,480). Given that the driving forces are the same in all types of this car, the price difference between the lower and upper types seems very large, and therefore many buyers will probably go for the base version.

Thank you dear ones for the end of this news about Hengran car; You have been with us and supported us as much as possible with patience. This is the Hengran HRS1, Suzuki Jimeni’s Chinese and electric counterpart, which I hope you enjoyed reading… to stay up to date with the latest car news; Follow us daily and continuously… Now your heart is happy and your lips are smiling…

Thank you for being with the Rentauto car rental company until the end This article; Hingran car ; Wait for an article more scary than us (: