Kia Mohave … !!! Hi and greetings to all of you dear ones and regular companions of car news; Today, we are at your service with the news related to the introduction of the unveiling of the 2023 Kia Mohawk, with minor updates and a new logo… !!! We hope you are well and healthy. Be sure to be with us and support us until the end of this news.

Korean automaker Kia is one of the companies that offers its products to international markets with relatively high quality, up-to-date facilities and eye-catching exterior design at reasonable prices. One of the full-size chassis of this company is Mojave. Kia Mohave – Known in the North American market as Burgo (a desert name near California), Kia Mohave is Kia Motors’ first attempt to build a full-size SUV.

It is also the first large Korean SUV and is a kind of Korean Land Cruiser that has been on the market since 2008. The Mohave was first introduced in 2005 as a concept car called the Mesa, and was the first car designed for Kia by Peter Schreier, a former director of Audi design team. Recently, the company has introduced and unveiled the latest version of this long chassis.

It may not seem like it, but the Mojave is technically one of the oldest Kia products still in production. The car was first introduced in 2008 and was launched in the United States under the name Borgo. The car was eliminated from the US market due to low sales a few years later, but continued to be sold in other markets, such as South Korea. The Mojave experienced a minor facelift in 2016, and then in 2019 it was completely redesigned inside and out based on the Masterpiece concept.

Read more: Is it possible for foreign cars to enter the stock market? Now, this mid-size chassis for the 2023 model has undergone several minor upgrades and is also equipped with the new Kia logo. Until recently, the Mojave was offered in the Korean domestic market with a distinctive logo that was different from the logos of other Kia products. 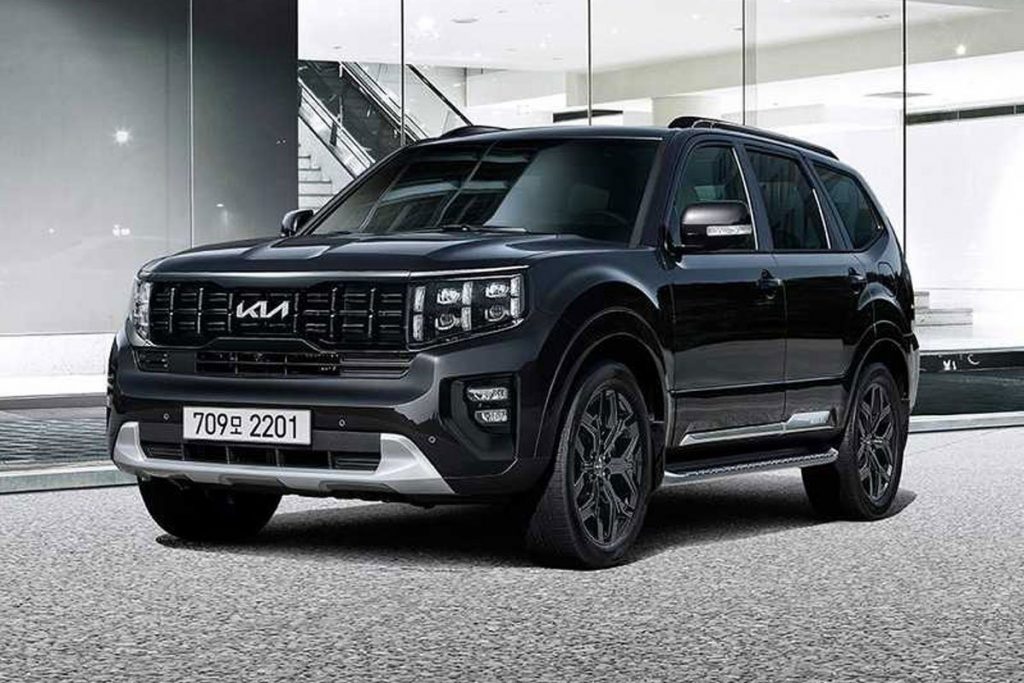 Now, on the windshield of the 2023 Mojave, there is the new Kia logo, which is common with other products of this company. The Mojave, which is slightly smaller than the Telluride but larger than the Sorento, is Kia’s toughest long chassis because it is built on an independent ladder chassis. For the 2023 model, Kia engineers have made changes to the Mohave chassis and suspension to provide easier ride by reducing in-vehicle vibration.

This is today’s news about the Mojave news; Thank you all, dear ones, for being with us and supporting us with the utmost patience until the end of this day’s news, ie the unveiling of the 2023 Kia Mohave , with minor updates and a new logo with full details. To be informed and informed of car news of the day; Follow us daily… Now your heart is happy and your lips are smiling…

Thank you for being with the Rentauto car rental company until the end of the article “ Kia Mohave ” ; Wait for an article more scary than us (:

To know Bahman new long chassis ; Click on the link