Introducing Korea’s most luxurious car to compete with Lexus, Benz and BMW

The most luxurious car in Korea

Korean car ‌ !!! Hello and greetings to each and every one of you, car news companions, instantly and up to date… !!! We hope you are well !!! We suggest you do not move because you have new news on this cool day; So until the end of this news, which means the introduction of the most luxurious Korean car to compete with Lexus, Benz and BMW, be with us.

Genesis, a luxury subsidiary of Hyundai, is launching a new generation of its most luxurious models with the aim of competing with German limousines. The Korean factory last week released photos of the new G90 model and announced that it will sell it next year in addition to the global markets in the United States. In 2015, Hyundai established the Genesis subsidiary as a luxury brand independent of Hyundai.

The G90, formerly Hyundai’s most popular luxury sedan in the Korean market, was the first model to be introduced under the Genesis name. Genesis wants its products to look sporty as well as stylish, and Genghis Lee, director of design at Genesis, says the idea is best implemented in the G90. It is stretched on the body and up to the front doors. 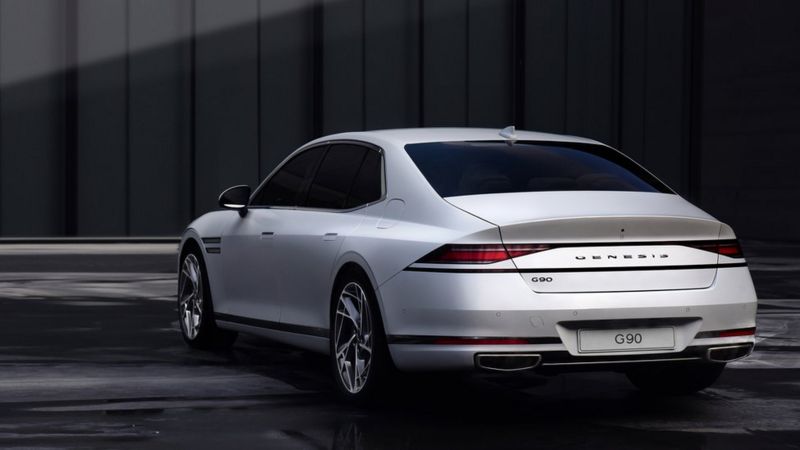 Genesis has not released information on the car’s propulsion and luxury features, and more details are set to be released in the coming weeks as the car launches. In addition to the G90, the Korean luxury automaker has two chassis models and two sedan models in its products, and will soon launch its first all-electric model. The company says it will electrify all its models by 2030.

Thank you dear ones for the end of this news about the Korean car; You have been with us and supported us as much as possible with patience. This is the introduction of the most luxurious Korean car to compete with Lexus, Benz and BMW, which I hope you have enjoyed reading… to stay up to date with the latest car news; Follow us daily and continuously… Now your heart is happy and your lips are smiling…

Introducing Korea’s most luxurious car to compete with Lexus, Benz and BMW