Lada Niva car … !!! Hello, listeners and fans of car news, it is also updated !! On this day in May, good morning and rejoice in Washington; We hope that you are happy with this news !! Today, with the news that Renault is leaving Russia, there will probably be no news about the new Lada Niva We are at your service… Do not hesitate after Jatun and stay with us until the end of this news Be !!!

Lada Niwa, the eternal old man who first appeared on April 4, 1977, turned 45 earlier this month. The Lada Niva, or VAZ-2121 (VAZ-2121), is still in production, while its life expectancy was expected to be shorter, with Renault being replaced by a “new” Niva. But it was announced yesterday that the Renault Group is preparing to divest its stake in AvtoVAZ, Russia’s largest carmaker and Lada maker, to the Russian Science Institute, and so this is likely to be the end of the Niva dream.

Renault, which had invested in the Lada plant in Togliatti, Russia, as part of its ownership stake in AvtoVAZ, sought to upgrade Lada production lines using Renault-Nissan joint platforms in the future. New Lada Niva car. Design of the new Lada Niva The Niva 2024 was to be built on the basis of the new Nissan Joke CMF-B platform, which injected fresh blood into the veins of the Russian brand and provided a smoother path for continued production and sales of the Niva. . But now, without Renault, this is unlikely to happen.

This is not the first time that the production plan of the “new” Niva has stalled due to an unsuccessful joint venture with the Russian brand. In 2014, General Motors introduced the 2016 Chevy Niva Concept, developed by GM Design Studio in Melbourne. However, this cooperation was postponed, and at the same time as Renault invested in 2017 in AvtoVAZ, relations with the American company became darker. In 2020, AutoVaz reassigned its stake in General Motors to GM in 1998, and the Chevy Niva became the current Lada Niva Travel. 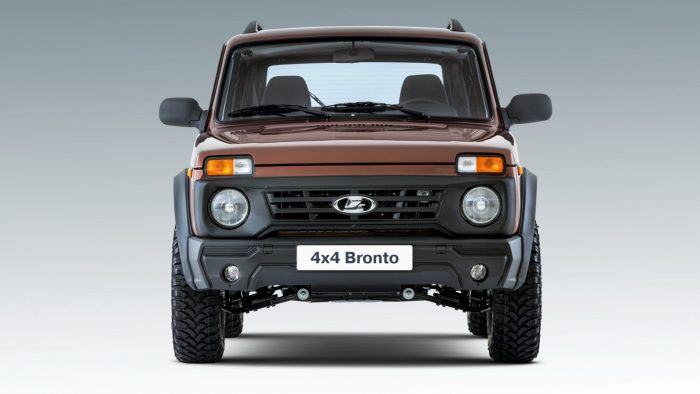 Renault’s Lada Niva Travel has the option of repurchasing its stake in Atvaz over the next five to six years (which will no doubt cost more than the current ruble), so it is likely that the new Niva will finally be able to Leave the arena of existence. However, since there is no sign of a reduction or cessation of Russian military aggression against Ukraine, Renault probably intended to distance itself further from Russia by selling its shares. The only positive thing about these events is that the classic Niva may also experience its 50th anniversary

Thank you very much, dear ones, until the end of this news about the Lada Niva car; You have been with us and supported us as much as possible with patience. With the departure of Renault from Russia, this will probably not be news about the new Lada Niva car, which I hope you have enjoyed reading… to be informed about the latest car news; Follow us daily and continuously… Now your heart is happy and your lips are smiling…

Thank you for being with the Rentauto car rental company until the end of the article “ Lada Niva car ” ; Wait for an article more scary than us (:

To know Tesla’s next cars ; Click on the link