Lotus Amira … !!! Greetings to all the supporters and fans of car news, it is also updated !! Good day and happiness; We hope that your single heart is fine and great !! Today, we are at your service with a news item, namely the announcement of the price and specifications of Lotus Amira with a four-cylinder engine, Do not move after Jatun and stay with us until the end of this news !!!

Lotus unveiled the new Amira at the Goodwood Speed ​​Festival last year, but no full details were announced at the time. Now, however, the British company has published the price and full specifications of the four-cylinder version of the Amira. This version is equipped with the 2-liter turbocharged engine M139 Mercedes AMG, which produces 365 horsepower here. This means that the M139 engine in the Amira is very weak because the same engine in the Mercedes A45 S AMG produces 421 horsepower.

However, according to Lotus, this is a custom version of the M139 engine and has undergone hardware modifications to make it suitable for use in a mid-engine combination. The exhaust system of this engine is also designed by Lotus. Lotus, however, did not say why the engine lost nearly 60 horsepower. Of course, it is possible that the British company has adjusted the AMG engine in such a way that it does not enter the range of the more powerful 3.5-liter V6 supercharged Amira engine. The engine, taken from Toyota, produces 405 horsepower, but its 420 Nm of torque is equal to the AMG engine. 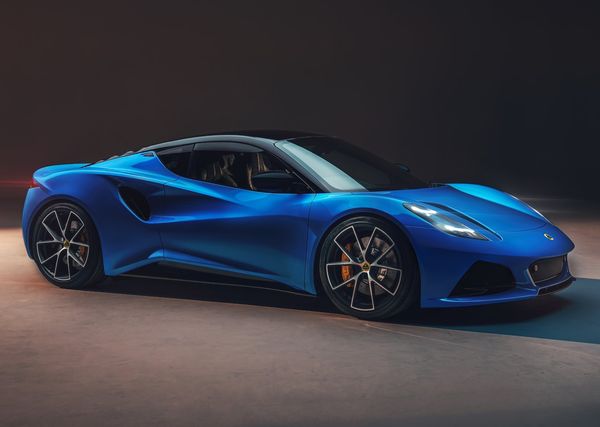 This four-cylinder engine is powered by a dedicated version of the AMG eight-speed dual-clutch gearbox, and unlike the V6 engine, it will not be possible to select a manual gearbox in this version. According to Lotus, the four-cylinder Amira accelerates from zero to 96 km / h in 4.3 seconds, which is only 0.1 seconds slower than the V6 version. The top speed of the four-cylinder version has also been slightly reduced from 290 km / h in the V6 version to 283 km / h.

Certainly lower weight, smaller propulsion and faster dual-clutch gearbox (this is the first time this type of gearbox is offered in a Lotus) have contributed to achieving these numbers. Lotus has introduced a special model called First Edition for both four-cylinder and six-cylinder Amira versions, which is fully equipped.

Read more about Lotus Amira; You were with us until the end of the news related to announcing the price and specifications of Lotus Amira with four-cylinder engine. To be informed and informed about the daily news related to the automotive industry and field and all the related margins, it is also updated and continuous; follow us. We hope you are happy; Be smiling and full of food… !!

Thank you for being with the Rentauto car rental company until the end of the article “ Lotus Amira ” ; Wait for an article more scary than us (:

To know Produced by Lada ; Click on the link