McLaren 720S … !!! Hello and greetings to each and every one of you, car news companions, instantly and up to date… !!! We hope you are well !!! We suggest you do not move from your place because we have a new news on this cool Azeri day; So until the end of this news, that is, the unveiling of Mansory McLaren 720S with black decorations, stay with us.

Mansory Automotive Company is one of the most famous tuning companies in Europe, whose products have attracted a lot of attention from luxury and super sports car enthusiasts. The carmaker usually goes for the super sports and powerful cars of international companies such as Ferrari, Lamborghini or Porsche. In the previous articles, we introduced one of the most attractive long chassis of this company, which is “publishing new details of Mansorys latest work; “Vanatos was a Lamborghini Urus + photo.” By clicking on it, you can view the article.

Mansory ‘s latest product has a special focus on body painting and improving the McLaren 720S seats. This custom supercar is introduced with a completely black look. Many of the cars tuned by Mansory have a special body kit with a different look from the original model. These types of products usually attract attention and therefore have their own customers. On the other hand, Mansory tries to offer some products with minor changes and targets the range of people interested in the main models.

The 720S Supersport has been one of McLaren’s most successful products in recent years. Launched in 2017, it now comes with the 765LT as an upgraded version of the 720S in the McLaren portfolio. The most important technical specifications of the 720S include a 4-liter twin-turbocharged V8 engine with 710 hp and 770 Nm of torque, which accelerates the car to 100 km / h in 2.9 seconds. The price threshold of McLaren 720S and 765LT in the world market is 300 and 375 thousand dollars. Published information about Mansory 720S is scarce. 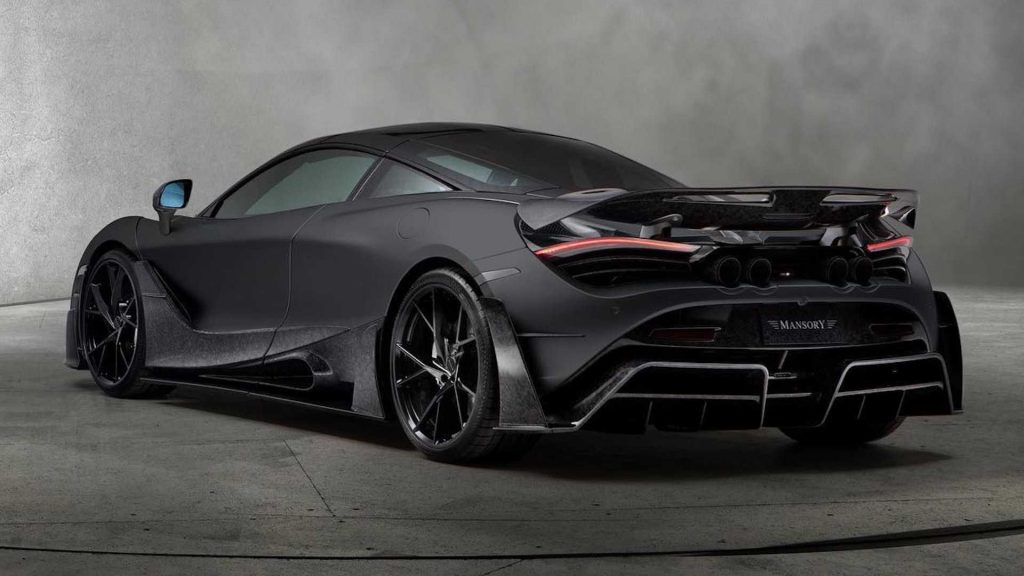 The car will probably come with the same specifications as the model introduced at the Geneva Motor Show 2018, which had 755 horsepower and 780 Nm of torque. On paper, there is no technical difference between the Mansory 720S and the original model; But Mansory’s carbon fiber body will certainly reduce weight and improve acceleration. Many body parts, such as bumpers, mirrors, front hood and wheels, have a proprietary design by Mansory and are different from the original model. Even the engine cover and a number of technical devices have been replaced with lightweight, carbon-fiber parts to reduce net weight.

Thank you dear ones for the end of this news about McLaren 720S; You have been with us and supported us as much as possible with patience. This is the unveiling of the McLaren 720S Mansory with black decorations, which I hope you have enjoyed reading… to be informed about the latest car news; Follow us daily and continuously… Now your heart is happy and your lips are smiling…

Thank you for being with the Rentauto car rental company until the end of the article “ McLaren 720S ”; Wait for an article more scary than us (: