McLaren F1 GT… !!! Hello, listeners and fans of car news, it is also an update !! On this spring day, goodbye and rejoice; We hope that this news is good and great !! Today with a McLaren F1 GT news; We are at your service to transfer the rare car of Sultan Brunei  Do not hesitate after Jatun and stay with us until the end of this news !!!

The McLaren F1 is a legend in its own right. Of the 106 McLaren F1s built, only three were F1 GTs, to meet the requirements set by the International Automobile Federation for F1 GTR racing cars competing in the GT1 class at Le Mans. One of these three cars belongs to one of the busiest car collectors in the world: the Sultan of Brunei. Pictures of the McLaren F1 GT loading on a Boeing 787 in Brunei have recently been released.

Apparently, this McLaren F1 GT, which is usually seen every few years, is heading to London Heathrow Airport. The car is to be sent to McLaren headquarters in Woking for maintenance work. Of the 106 McLaren F1s produced in the early 1990s, 10 reportedly belong to the King of Brunei. The Sultan of Brunei’s collection is estimated to have between 2,500 and 7,000 cars, almost all of which are luxury and exotic cars. 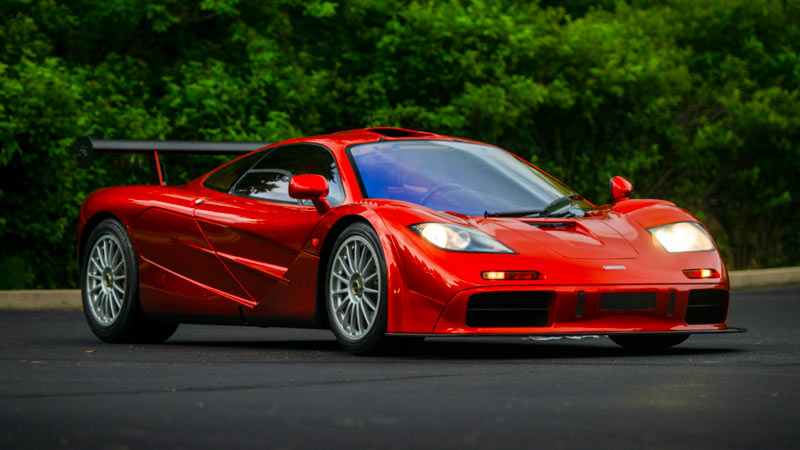 For example, there are said to be more than 600 Rolls-Royces in the collection, including a $ 14 million gold-plated Rolls-Royce Silver Spur II. However, the McLaren  GT is one of the rarest and most expensive cars in this collection. It was rumored that the complex had started to rot in humid tropical weather due to poor maintenance conditions. The cost of repairing a McLaren F1 is extremely expensive and very difficult, as all maintenance work is done directly by the McLaren factory team and there are a few mechanics who have been trained to repair these vehicles.

It may be interesting to note that movie star Rowan Atkinson had to spend $ 1.2 million to repair his regular McLaren F1 road after the 2011 crash. However, despite this accident and another minor accident, Atkinson sold the car in 2015 for $ 12.2 million, which shows that the price of these cars is so astronomically high that it is worth the cost of maintenance.

Thank you so much dear ones for the latest McLaren F1 GT news; You have been with us and supported us as much as possible with patience. This is from McLaren F1 GT; Transfer the rare car of Sultan Brunei for repair, which I hope you enjoyed reading… to be informed about the latest car news; Follow us daily and continuously… Now your heart is happy and your lips are smiling…

Thank you for being with the Rentauto car rental company until the end of the article “ McLaren F1 GT ” ; Wait for an article more scary than us (: