The unveiling of the 2023 Mitsubishi Expander Cross Facelift; A minivan

Mitsubishi Expander …!!! Greetings and don’t be tired, to the listeners and fans of car news, it is also of the latest type!! Have a nice and happy summer day; We hope that every one of you will feel good about this news!! Today, with a new news, the unveiling of the 2023 Mitsubishi Expander Cross Facelift; We have a minivan at your service… so don’t move and stay with us until the end of this news!!!

Mitsubishi Expander Cross is a minivan with a rather rough appearance. This car was launched about 3 years ago and now its facelift version has been introduced. While older Mitsubishi products such as the Delica have a long history and were produced for several decades due to their popularity, the Expander Cross has different conditions and, unlike the four-wheel drive Delica, sends power to the front wheels only.

The Mitsubishi Expander Cross facelift has had some changes, but its van-like appearance still seems controversial. Introduced at the 2022 Indonesia Auto Show and also on the market, the car benefits from a revised front fascia with new headlights and a distinct T-shaped design. The turn signals have been moved higher to make them more visible and the hood looks fatter than before.

Finished in Bronze Green Metallic, this Japanese semi-minivan/semi-crossover features modified overhangs. The new 17-inch wheels also look small as before and feature a two-tone design. The T pattern of the front part is also evident in the back design of the car. The updated lights also make the Mitsubishi Xpander facelift look more modern.

With a minimum height of 220 mm from the ground, this family car can easily navigate rough roads, but keep in mind that this is not an off-road vehicle. Mitsubishi has put the active motion control system in the Expander Cross, but it should not be considered the same as the active rear differential in a car like the Evo. This system applies braking force to the front wheels to improve the performance of the expander in turns. These settings are applied depending on steering angle, brake pressure, G force, speed, etc.

Changes can also be seen inside the cabin of the 2023 Mitsubishi Expander Cross Facelift. Among these things, we can mention the electric parking brake, the back of the digital amps and the 8-inch central display. The traditional buttons of the air conditioning system have been replaced by a touch screen, and there is also wireless smartphone charging. The car seen in the pictures uses a CVT transmission, but a 5-speed manual transmission can also be selected. 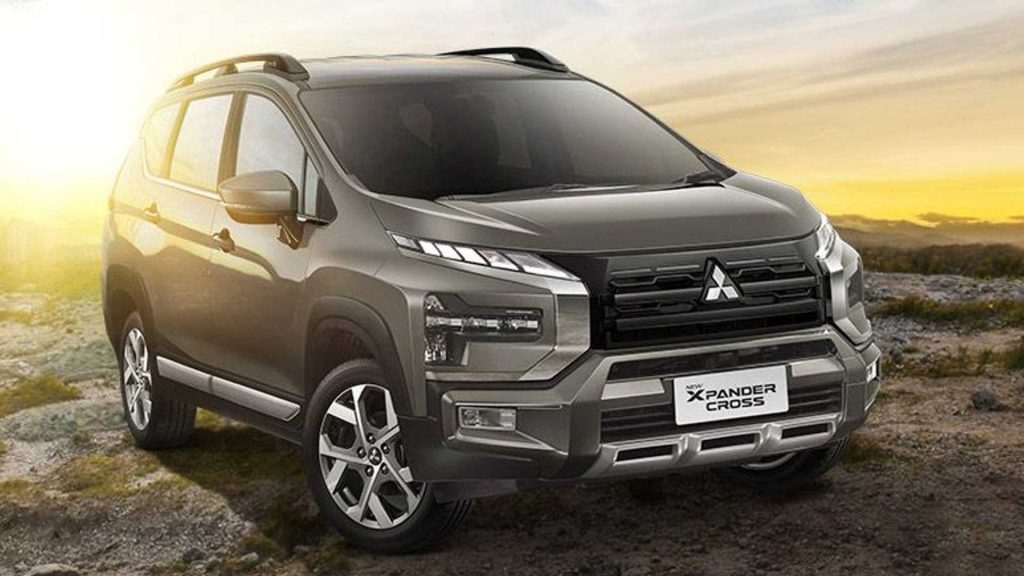 If you choose the manual gearbox, the height of the car from the ground level reaches 225 mm. Powering the updated Mitsubishi product is a 1.5-liter naturally aspirated engine with a power of 103 horsepower and a torque of 141 newton meters, from which one should not expect much performance. Of course, this car will be a suitable option for people who are looking for a flexible and cheap car with three rows of seats.

Thank you, dear ones, for reading this news about Mitsubishi Expander until the end. You were our companion and supporter as much as possible. This is the unveiling of the 2023 Mitsubishi Expander Cross Facelift; A minivan that I hope you enjoyed reading… to know and be informed about the news of the car day; Follow us daily and continuously… your heart is happy and your lips are smiling…

The unveiling of the 2023 Mitsubishi Expander Cross Facelift; A minivan