Mitsubishi Outlander … !!! Greetings to all the supporters and fans of car news, it is also updated !! Have a nice summer day; We hope that this news is good and great !! Today we are at your service with Yeni news for the first time of the new Mitsubishi Outlander PHEV 2023… Do not hesitate after Jatun and stay with us until the end of this news !!

Mitsubishi unveiled the latest generation of August Land Rover in February, but in a surprise move decided to show the updated version of the previous plug-in hybrid model to everyone a few days later. The decision coincides with the introduction of the next-generation August Lander plug-in hybrid, which is set to take place on October 28. Meanwhile, Mitsubishi is waiting for the official images of the most economical August Land Rover.

August Land Rover is Mitsubishi Miat Size Chassis, which was imported to Iran in 2016-2018 models. Despite the high build quality in our country’s market, this car could not achieve significant success and caused it to not be able to gain a large share of sales in the market against its Korean competitors such as Santa Fe and Sorrento. The fact is that in terms of design, there is not much difference between the plug-in hybrid version and the gasoline standard.

Yes, a charging port and the EV plug-in badge can be seen on the front and rear doors, but there is nothing to mention, although the only exception is the black roof of the plug-in hybrid model. The same story applies to the cabin, and only the digital amps behind this model are slightly different from the standard version and show the amount of battery charge. 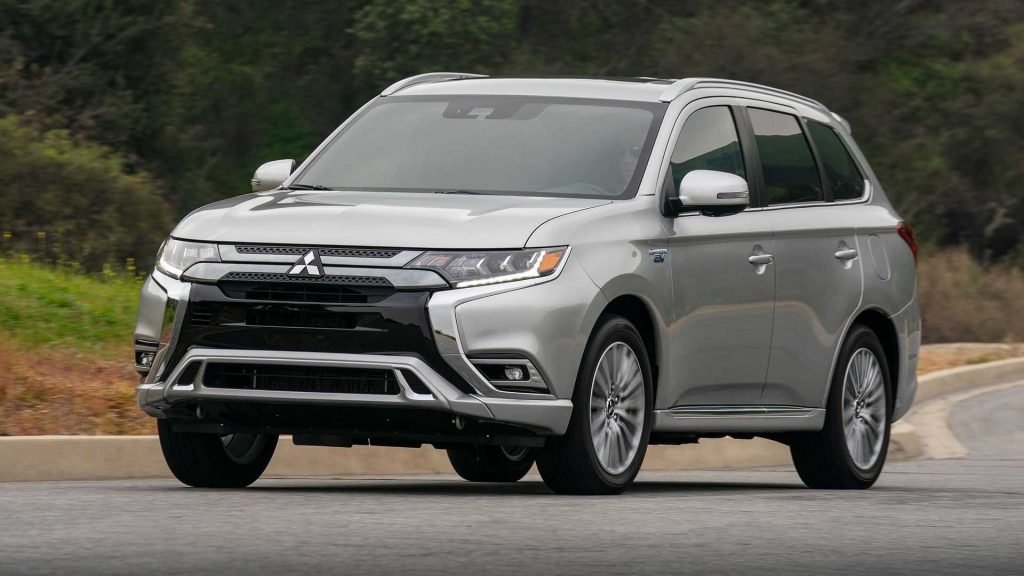 Aside from improvements in the quality of materials and technology used, the plug-in hybrid Outlander cab has the advantage of being three-row, while the previous generation lacked such a feature. The technical specifications of the 2023 plug-in hybrid have not been announced yet, but Mitsubishi has confirmed that this car will combine more power and a larger battery with a better range.

Rumors of a performance version have been heard by the Rally Art tuning department, but nothing has been confirmed yet. Following its official launch later this month, the August Lander plug-in hybrid will be available in Japan from mid-December and then in the United States. This car will be available with body color including new Diamond black and 20-inch two-tone rims.

Thanks for reading Mitsubishi Outlander; You were with us until the end of the news about the first Mitsubishi PHEV 2023. To be informed and informed about the daily news related to the automotive industry and field and all the margins related to it, in an up-to-date and continuous manner; follow us. We hope you are happy; Be smiling and full of food… !! In the shelter of the right .. !!!

Thank you for being with the Rentauto car rental company until the end This article; Car steering vibration ; Wait for an article more scary than us (:

To know Car steering vibration ; Click on the link