Porsche Carrera … !!! Greetings to all sponsors and fans of car news, it is also an update !! Good day and happiness; We hope that your single heart is good and great !! Today, we are at your service with a news item, namely the sale of Carrera GT Jerry Seinfeld at auction  Do not hesitate after Jatun and stay with us until the end of this news !!!

The 2004 Porsche Carrera GT, once owned by Jerry Seinfeld, sold for $ 1,865,000 through the Bring a Trailer. The Carrera GT, with its dark gray leather upholstery, was first delivered to the Porsche South Shore store in the Freeport area of ​​New York, and then Seinfeld purchased it in January 2005 through the Manhattan Motorcycle dealership in New York City.

Seinfeld apparently owned the car until 2011. The car was later moved to Oregon and then purchased in 2015 by its current owner. According to statistics provided by the seller, this Carra GT has worked 3700 miles so far. Although the Carrera GT became the symbol of Porsche, it was never originally built for production. Unveiled in 2000 at the Paris International Motor Show, the car started out as just a concept car.

However, Porsche had a V-10 engine from the canceled Le Mans project and soon made a lot of money introducing Cain. Finally, during a four-year production period beginning in 2003, 1,270 Carrera GTs were built. In its factory form, the 5.7-liter V-10 engine produced 603 horsepower and 435 pound-feet of torque. 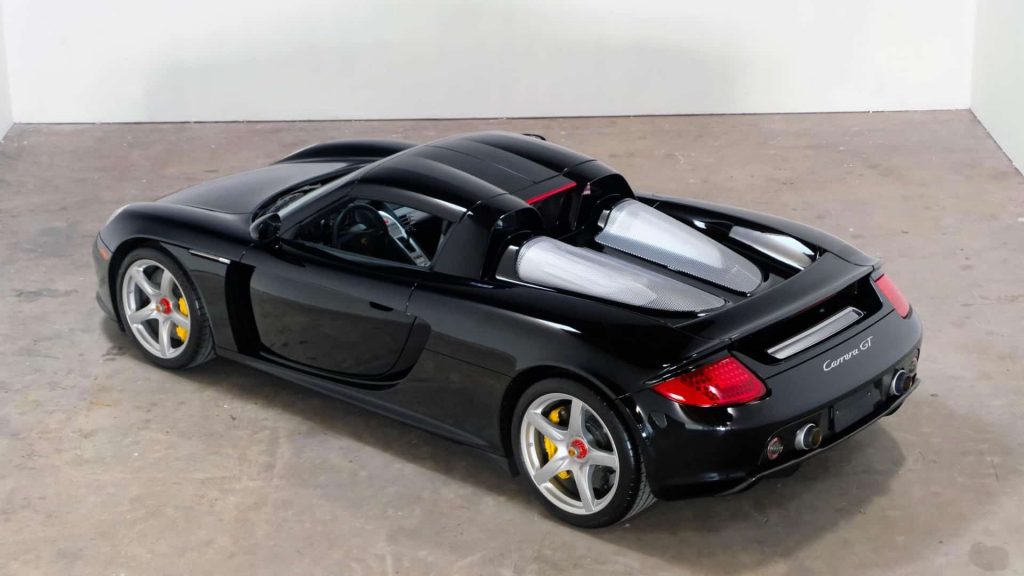 The car was mated to a 6-speed manual gearbox, which, thanks to the Carrera GT monocoque carbon fiber structure, should propel a car weighing 3,042 pounds. That $ 1,865,000 price tag is still high, even though the Carrera GT has skyrocketed in recent years. Last September, a $ 1.3 million Carrera GT broke the Bring a Trailer record. That car worked 1,000 miles less than this car, but had nothing to do with any celebrities

Read more about Porsche Carrera; You were with us until the end of the news about the sale of Porsche Carrera GT Jerry Seinfeld at auction. To be informed and informed about the daily news related to the automotive industry and field and all the related margins, it is also updated and continuous; follow us. We hope you are happy; Be smiling and full of food… !!

Thank you for being with the Rentauto car rental company until the end of the article “ Porsche Carrera ” ; Wait for an article more scary than us (:

To know Mitsubishi Rally car ; Click on the link