Farewell to the production of Dodge Muscle Destruction in 2023

Say goodbye to the production of Dodge Muscle

Production of Dodge Helket … !!! Greetings to all the supporters and fans of car news, it is also of the updated type !! Good day Azar and happiness; We hope that this news is good and great !! Today, we are at your service with a goodbye news with the production of Dodge Muscle Destruction in 2023 نخ Do not move after Jatun and stay with us until the end of this news !!

Farewell to the production of the Dodge Muscle in 2023. Muscle cars have fans all over the world. The cars are eye-catching with their stunning looks and powerful, high-noise engines. New US media reports indicate that Dodge is preparing to end production of its internal combustion models and plans its first muscle and electric vehicle. To the market by 2024. We have known for some time that the end of Hellcat is near.

Earlier this year, Dodge CEO Tim Koniskis said the same about the end of production of the Helket models, but the exact end was still unclear. Currently, this time is limited to one model year, and we know that in 2023, in particular, this time will come. Given that the 2022 models are near, the final ride of death will be before we know it.

Of course, all this is provided that the recent report of Motorvan is accurate. We have no reason to believe that this is not the case, as Koniskis has once again been cited as the source of the latest information. Motorvan officials contacted Dodge directly for confirmation, but they have not yet responded. However, there are not many reasons to doubt 2023 as the last year of Dodge Helket models. The Dodge Durango Hellcat will also be out of production forever.

However, this model was previously considered as a unique model. In August, Koniskis said Dodge’s new electric muscle car would hit the market in 2024. When you consider everything together, 2023 becomes a clear result with the end of Dodge Helket production. There is only one point to note. A report in August that Motorvan also mentioned? In that report, Koniskis suggested that there may be an overlap between the next-generation muscle electric vehicle and current Dodge models. 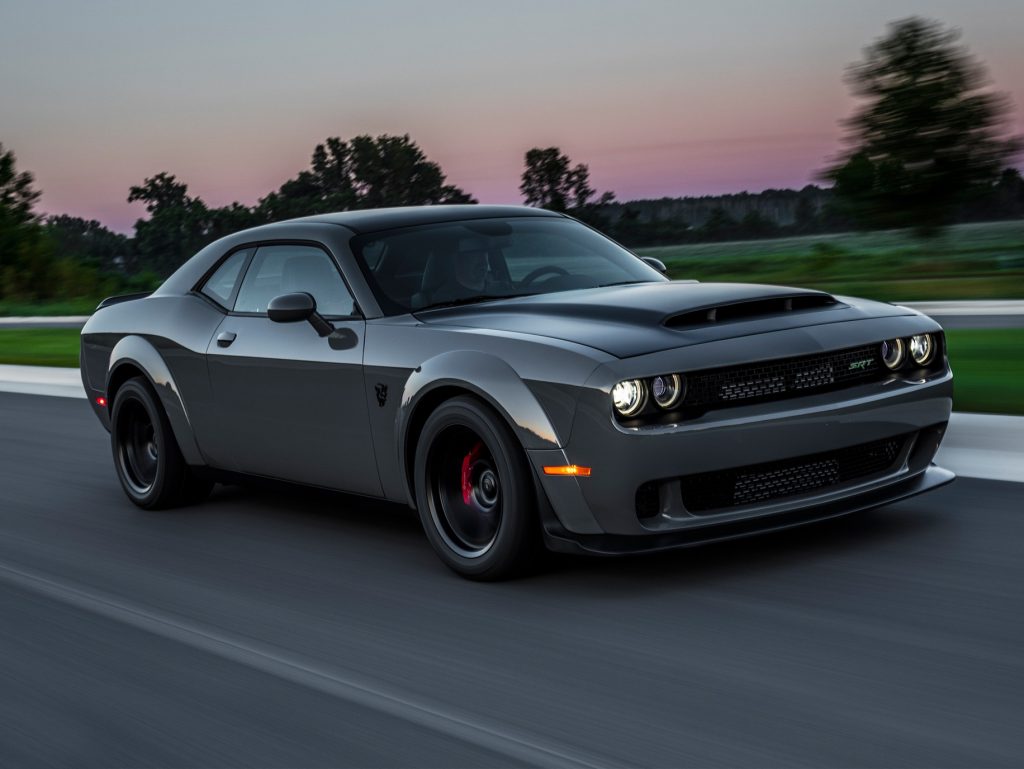 This contradicts the latest statement that definitively reports the end of production of the Dodge Charger and Challenger supercharged models in 2023. That is why Dodge is under pressure from the automotive media for an official statement. But wait, there’s more. Whether the new model will emerge as a so-called near-production car or a concept model is still unclear.

But perhaps this model can fit the definition of the coexistence of the Dodge internal combustion engine electric vehicle. It may take a long time to achieve this goal, but given that most large automakers are moving rapidly toward the development of electric vehicles, the death’s alternative may come a little sooner. Hemi V8) is alive and well. Dodge recently unveiled new jailbreak versions of the Challenger and RedRay SRT models, offering new color options, special features and an increase in the 2.6-liter output power to 807 hp. We are very skeptical that this is the latest generation of Dodge Helket production before they quietly finish production. Read more:

Thanks for reading the introduction to Dodge Helket production; You were with us until the end of the news related to the introduction of Farewell to the production of Dodge Helcat in 2023. To be informed and informed about the daily news related to the automotive industry and field and all the related margins, it is also updated and continuous; follow us. We hope you are happy; Be smiling and full of food… !! In the shelter of the right .. !!!

Thank you for being with the Rentauto car rental company until the end of the article “ Production of Dodge Helket ”; Wait for an article more scary than us (:

To know Marvel R car ; Click on the link

Farewell to the production of Dodge Muscle Destruction in 2023