Renault 5 car …!!! Greetings to the listeners and fans of car news, it is also of the latest type!! Good and happy beautiful summer day; We hope that every one of you will feel good about this news!! Today, with a news of the unveiling of the French Renault 5 Diamant car; The electric version of Renault 5 is at your service… so don’t move and stay with us until the end of this news!!!

Renault 5 was unveiled in 1972. Now, on the occasion of the 50th anniversary of the production of this car model, Renault unveiled an electric version of it. This electric car is called Renault 5 Diamant. According to newatlas, the Renault 5 Diamant car was made in collaboration with Renault and the French interior designer and architect named Pierre Gonalon. According to this car manufacturer, this car model is among the 100 outstanding works of French craftsmanship.

The Renault 5 Diamant is powered by an electric motor. The driver accesses the car via an external fingerprint scanner, then uses a three-position lever to switch between forward, neutral and reverse driving modes. Speed, charge level and time in this car are displayed on three separate round digital screens.

Also, instead of having a touch screen, this car displays entertainment information, including music and movie playback, on the driver’s smartphone, which is installed on a dedicated stand on the dashboard. Renault 5 Diamant has lights in front and back. 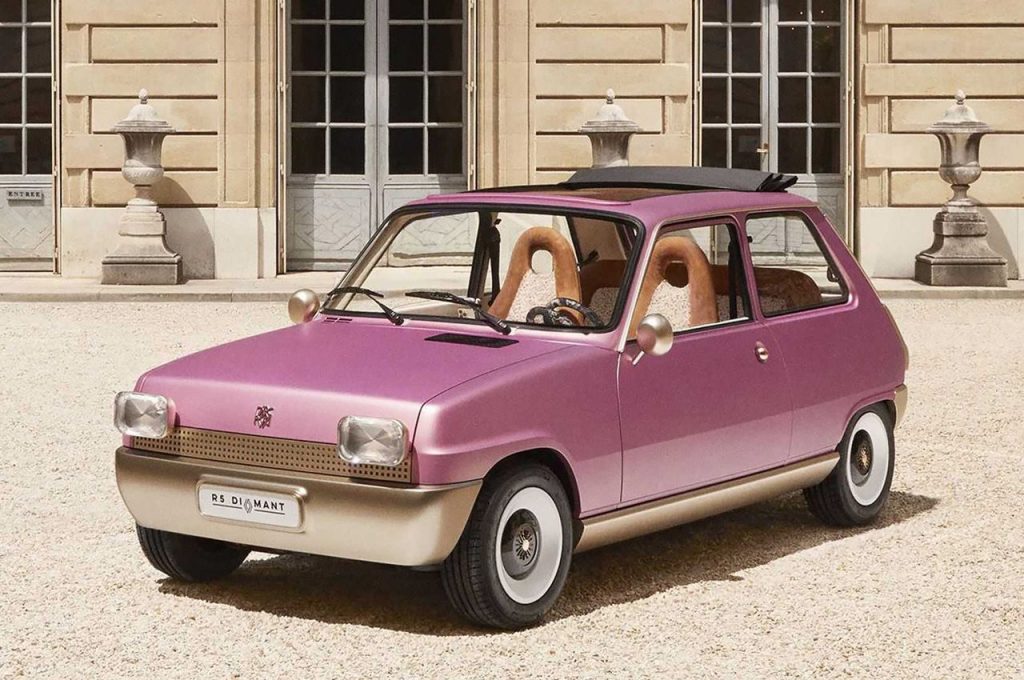 Also, with the help of three layers of paint, the Renault  has been able to stand out. The wide wheels of this car are taken from Alpine version of Renault 5. French craftsmen have used interesting ideas in the interior design of this car. A marble steering wheel on carbon fiber, a cloth cover woven from horse hair on the dashboard, etc. are examples of the design and idea of ​​French craftsmen. It is said that this car will be available in the next few months.

I am very grateful to you, dear ones, who until the end of this news about the This Car; You were our companion and supporter as much as possible. This is from the unveiling of the French Renault 5 Diamant car; The electric version of Renault 5, which I hope you enjoyed reading. Follow us daily and continuously… your heart is happy and your lips are smiling…

To know Haima 8S car ; Click on the link