Changan Uni-T …!!! Greetings and don’t be tired, to the listeners and fans of car news, it is also of the latest type!! Have a nice and happy August day; We hope that every one of you will feel good about this news!! Today, with a new news, Changan Uni-T is on its way to the Iranian market; Changan and Saipa cooperate again, we are at your service… so don’t move and stay with us until the end of this news!!!

On the sidelines of the unveiling of the new pickup, Karun Zamyad, CEO of Saipa, announced the cooperation of this company with the Chinese company Changan for the production of two Uni-T Changan 2022 models. According to him, the procedures for the clearance of this popular Chinese product have been completed and it is currently in the testing and review phase. Mohammad Ali Timuri, the CEO of Saipa, announced on Wednesday at the unveiling ceremony of the Karon pickup, that the challenges to cooperation with the Changan brand have been resolved. It seems that the prototypes have passed the import and clearance procedures, but a specific price range has not yet been defined for it. 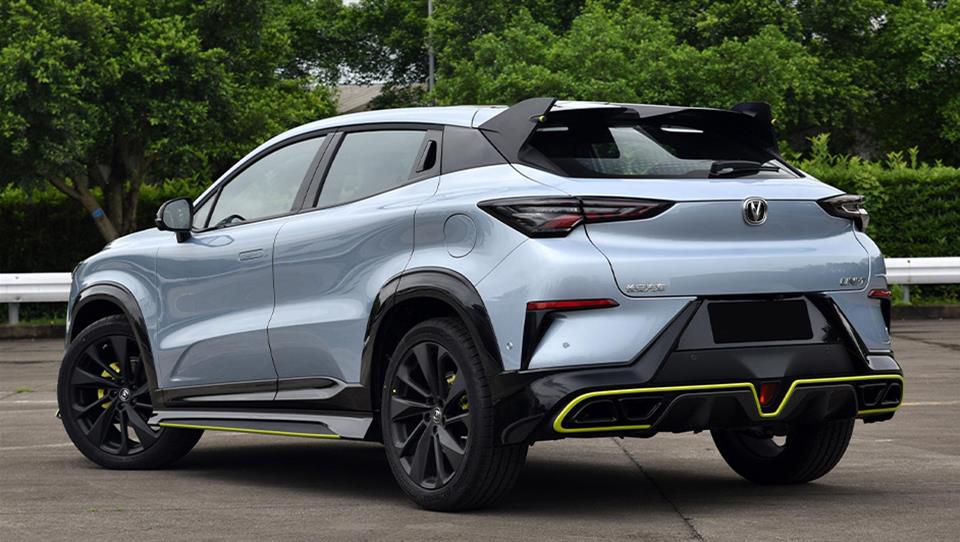 Currently, this official in Saipa company is talking about solving the challenges in this regard, and apparently this cooperation will continue with the import of two Uni-T Changan car models. Earlier also, with the publication of pictures of the cars of this brand in the premises of Saipa company, whispers were heard about the possibility of Changan entering the Iranian market. This car with the same name as its main brand (Changan) will be released to the market on the 5th to 6th of this year (December or early December this year) through testing and standard procedures. Changan is a Chinese automobile company that produces passenger and commercial vehicles, the company sells its passenger cars under the Changan brand and its commercial vehicles under the Chana brand.

Changan also has several joint ventures with global automakers, including Ford, Peugeot Citroen, Mazda, and Suzuki, and produces passenger cars for Mazda, Ford, and DS. Changan is one of the four major Chinese automobile manufacturers and the largest automobile brand in China, and regardless of the products it produces in cooperation with major automobile manufacturers, it has a very good position in terms of production and sales of the Chinese brand.

Changan’s design and headquarters are currently located in Turin, Italy and Michigan, USA, in addition to Shanghai, China. In Iran, Changan cars are assembled and supplied by Saipa, and so far the Ido and CS35 models have been able to enter the country’s market, and now it seems that the two Uni-T Changan 2022 car models will also lead to the continuation of cooperation between Saipa and Changan. It should be noted that the images presented on the site are related to the Chinese version of this car, and it is likely that Unity will be released in Iran with changes.

Thank you to all of you who read this news about Changan Uni-T until the end. You were our companion and supporter as much as possible. This is from Changan Uni-T on the way to the Iranian market; Changan and Saipa collaborate again, which I hope you enjoyed reading… to know and be informed about the news of Car Day; Follow us daily and continuously… your heart is happy and your lips are smiling…

To know All electric cars ; Click on the link