Tata Punch car … !!! Hello and greetings to all supporters and fans of car news, it is also updated !! Have a nice summer day; We hope that this news is good and great !! Today, with a news of Yeni Cross, a small and cheap ‌, the price of Tata Punch car was officially introduced, we are at your service… Do not hesitate after Jatun and stay with us until the end of this news !!

Tata unveiled a preview of its new crossover called the Punch in August and has now officially and fully unveiled the car. Punch in the Indian market will face a large number of small and inexpensive crossovers such as Hyundai Casper, Suzuki Ignatius, Renault Quaid and Mahindra KUV100. This new Indian crossover is based on Tata’s Impact 2.0 design language and is the result of a collaboration between the company’s design studios in India, the UK and Italy, but all of its engineering work has been done in India.

Punch According to the fashion of the car world these days, it has two-part headlights, muscular body and large plastic covers on the bumpers and sides, in addition to the two-tone design that we usually see in this class. The standard rims of this car are 15 inches, but 16-inch models can also be ordered for it, which better fill the square mouth of the fenders. The new Tata crossover, with a length of 3.827 mm and a wheelbase of 2.445 mm, is larger than the Hyundai Casper but smaller than the Indian version of the Citroen C3.

Although Punch is a cheap, expensive and basic crossover, Tata has not forgotten to pay attention to Offroad. As a result, the vehicle has an angle of attack of 20.3 degrees, an escape distance of 37.6 degrees and a break angle of 22.2 degrees, while also being able to move at a depth of 370 mm of water. These features, combined with a distance of 190 mm from the ground, make the Punch the perfect vehicle for India’s paved roads.

The punch is based on the ALFA (Advanced Lightweight Flexible Architecture) platform, which is also used in the Altoz subcompact hatchback. According to Tata, the crossover has earned five safety stars in Global Encap tests, which is a great achievement for an Indian car at this price and size. Under the hood is a naturally aspirated 1.2-liter three-cylinder engine that produces 86 horsepower and 113 Nm of torque. This power is transmitted to the front wheels via a five-speed manual or five-speed automatic transmission.

Despite the cheap nature of the car’s cabin, the brightly colored trims on the dashboard give it a youthful and attractive look. There is space for five passengers and the maximum capacity of the trunk is 366 liters. Punch is available in four different types, the basic type is very poor in terms of equipment and its significant features are limited to two airbags and electric front windows. In the next version, however, a 4-inch infotainment display, four speakers, a USB charging port, power rear windows and controls on the steering wheel are added to the list of equipment. 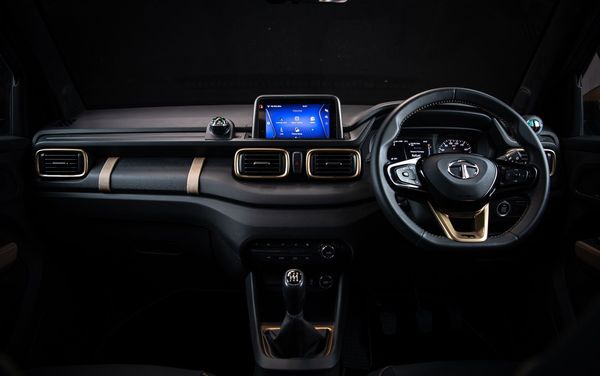 Thanks for reading Tata Punch; You were with us until the end of the news about the small and cheap crossover, the price of Tata Punch car. To be informed and informed about the daily news related to the automotive industry and field and all the related margins, it is also updated and continuous; follow us. We hope you are happy; Be smiling and full of food… !! In the shelter of the right .. !!!