Toyota Supra with Ferrari and Lexus taillights and headlights!

Toyota Supra … !!! Hello and do not be tired, serve the listeners and fans of car news, it is also an update !! Have a nice spring day and be happy; We hope that this news is good and great !! Today with a Yeni Toyota Supra news with Ferrari and Lexus front and rear lights! We are at your service Do not hesitate after Jatun and stay with us until the end of this news !!!

The fourth generation Toyota Supra, known as the A80, is a classic sports car with a great style and a sharp price in the second-hand market; But not all fourth-generation superstars are in the same situation. Consider this highly custom (!) Model, for example, which has had some controversial design choices.

At first glance, it is clear that we are not on the normal side with a Toyota Supra, and the headlights are strangely installed in place. The reason why the lights look strange is also due to the fact that they are actually unlocked from the Lexus ES 300! Of course, the owner should not be criticized because the lights are a family car and Toyota and Lexus are no different. But in the rear, everything looks weirder because instead of the classic and iconic Supra headlights, you’ll see the 360 ​​Modena Ferrari headlights. 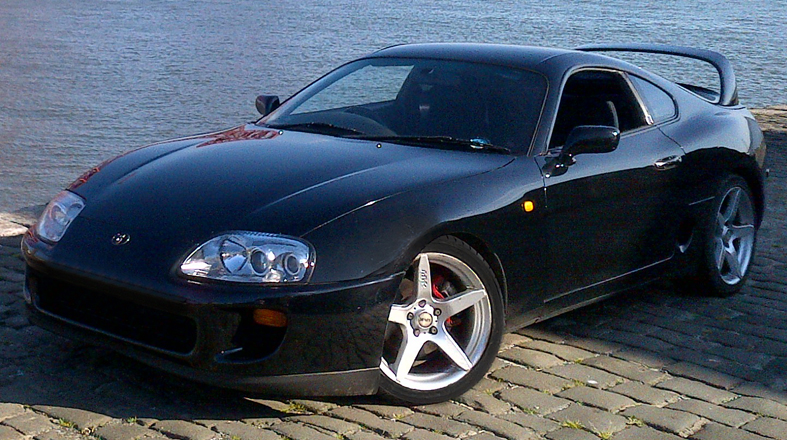 The Modena is also one of the most famous cars in history, which also has a beautiful design, but its lights on the Supra have created an inconsistent combination. Fortunately, the Supra in question still uses the famous 6-cylinder turbocharged engine and manual transmission. The car also has improvements including the Blitz intercooler, Ricardo seats, Brembo brakes and Volk rims. It should be noted that despite the somewhat controversial appearance, the design and installation of the lights is well done.

Honestly, this Toyota Supra is similar to the high-end copies we see in video games. And maybe that’s a strength for the owner. He wanted to have a completely different car, and it didn’t matter how that distinction was made. Apart from the design, the powerful driving forces of this supra can provide enough fun to ride and forget about its appearance.

Thank you very much, dear ones, until the end of this news about Toyota Supra; You have been with us and supported us as much as possible with patience. This is from Toyota Supra with Ferrari and Lexus taillights and headlights! Which I hope you enjoy reading… to be informed and informed of the latest car news; Follow us daily and continuously… Now your heart is happy and your lips are smiling…

Thank you for being with the Rentauto car rental company until the end of the article “ Toyota Supra ” ; Wait for an article more scary than us (:

To know Stop the Mustang ; Click on the link

Toyota Supra with Ferrari and Lexus taillights and headlights!