UAZ Patriot … !!! Greetings to each of you, car news companions, instantly and up to date… !!! We hope you are well !!! We suggest you do not move from your place because we have new news on this cold Azar day; So until the end of this news, that is, the entry of the UAZ Patriot into the American car market with a relatively high price, stay with us.

UAZ is the name of a Russian automobile company based in Ulyanovsk, Russia, which was founded in 1941 and initially produced Russian military vehicles, and in the following years also produced SUVs, buses and trucks. At present, Awaz is one of the subsidiaries of Sollers Automotive Company. The presence of the brand’s products in Iran goes back many years and the arrival of a limited number of the company’s trucks in Iran, but now Soroush Diesel Mabna Company, which previously assembled Hyundai trucks in the country, has launched 3 new models of this company, namely Patriot models, Profi and pickup.

The price of this car in the first stage of sale was 850 million tomans. About a year ago, Bremach announced that it would bring the UAZ Patriot to the United States for the 2022 model. Now the company seems to be living up to its promise, as the Russian Off-Roader was unveiled at the Los Angeles Auto Show last week and is set to launch in the US with a base price of $ 26,405. The car, now called the Barmak SUV 4 × 4, is the first model of the various versions of the Patriot to be launched in the United States.

Read more: Suzuki S-Cross new generation crossover introduced with more equipment + Photo Although this car looks like a rebuilt patriot, but according to Burmak, it has been engineered exclusively for the US market. The version of the Patriot pickup called the Burmak Pickup 4 × 4 is also in the final stages of receiving the necessary approvals for release in the United States, so we will have to wait for it soon. The price of this version is $ 27,880.

The Patriot is available in the US with the same 2.7-liter four-cylinder petrol engine that produces 150 horsepower. This power is transmitted to all four wheels through a six-speed automatic transmission with a two-speed auxiliary gearbox and a 4.4 electronic system. According to Barmack, the car uses Bosch computers for electronic and safety systems. 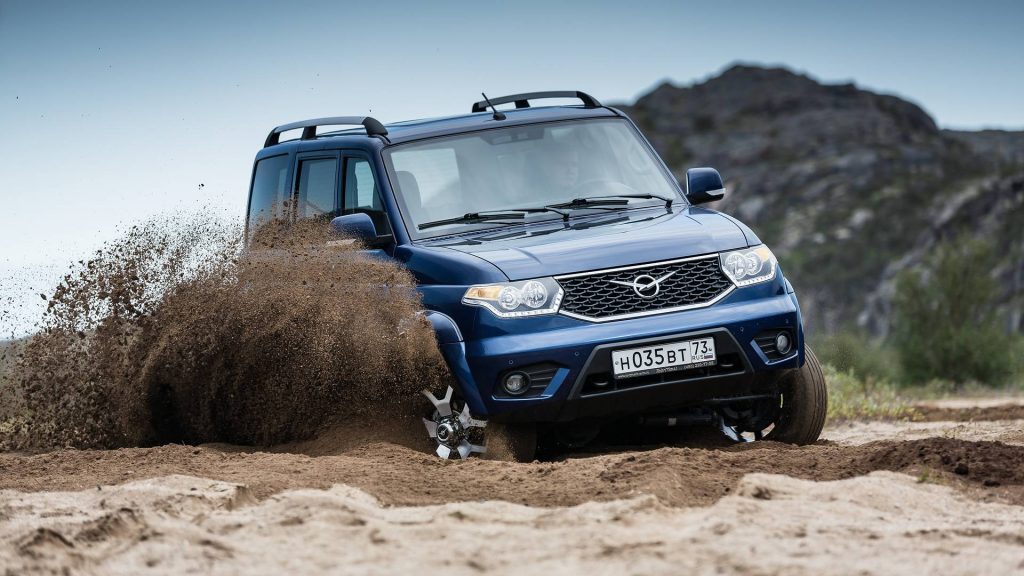 One of the features of this kit is the 17-inch Raceline rims with 265 Goodyear tires. Burmak was first established in Italy in the 1950s as a company specializing in the chassis, propulsion and tracks of Aphrodite Patriot. The company’s US subsidiary was established in Nevada in 2010 and worked on hybrid, electric and hydrogen engines before launching Russian UAZ products to the United States.

The UAZ vehicles are assembled at the Burmak facility in Southern California and sold through the company’s dealerships in the United States. The company now accepts pre-orders for these cars for $ 100. Burmak offers a full 5-year or 96,000 km warranty for the UAZ Patriot with a 10-year or 193,000 km warranty. Patriot has been offered in our country for some time by Soroush Diesel Company with a price of about 900 million Tomans.

Thank you dear ones for the end of this news about Yoaz Patriot; You have been with us and supported us as much as possible with patience. He also agreed to publish the entry of the UAZ Patriot into the US car market at a relatively high price, which I hope you enjoyed reading… to stay up to date with the latest car news; Follow us daily and continuously… Now your heart is happy and your lips are smiling…

Thank you for being with the Rentauto car rental company until the end of the article “ UAZ Patriot ”; Wait for an article more scary than us (:

To know Honda Civic C ; Click on the link